The Real Threat of Fake Tyres

The Real Threat of Fake Tyres

Car owners must regularly check their tyres to ensure they are fully inflated and not damaged in any way. If you’ve noticed that your tyres are worn out, it’s safer to replace them right away rather than risk your own safety and the safety of others around you on the roads. To save money, most drivers compare local dealer prices or check out websites. However, what they may not be aware of is the number of counterfeit or fake tyres that are being sold on the market. So in this month’s article, we’re going to discuss the real threat of fake tyres and how you can spot them. 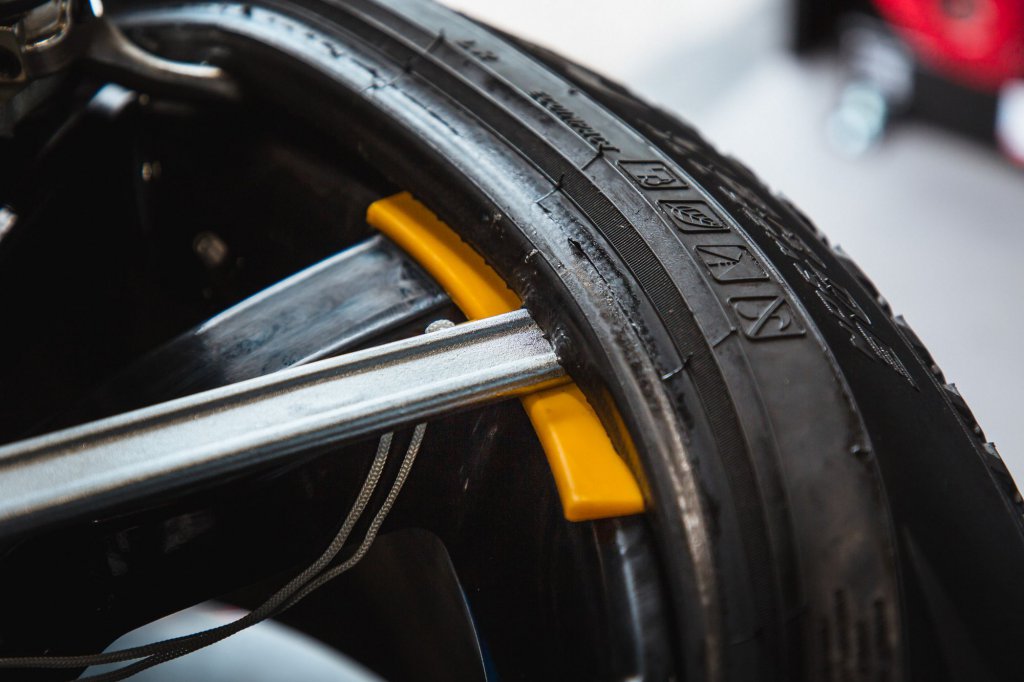 Why you should avoid buying fake tyres

Consumers often find it difficult to comprehend the real dangers of counterfeit tyres. As tyres are expensive and sold in sets, people tend to look for cheaper brands in order to save money. When you’ve found a tyre that is the same colouring and tread pattern, and the graphics look the same, it can be easy to think that you have found a genuine tyre at a bargain price! Unfortunately, this isn’t the case and fake brand or budget tyres don’t offer the same quality as the real thing. The safety tests that were carried out by the UK’s tyre industry highlighted the manufacturing differences between fake and branded tyres, such as the braking efficiency that is compromised in counterfeit tyres.

Well-known companies such as Michelin and Continental are aware of this problem but have stated that not all consumers know the difference between counterfeit and genuine tyres. There are many dealers that are pushing cheap or used tyres on unsuspecting customers. But the worrying part is that the second-hand tyres mimic the branded ones in terms of appearance. In fact, every single detail is copied down perfectly; hence the reason the unsuspecting consumer thinks they are being offered brand tyres at a discount rate. However, the authorities in Britain are now cracking down on unscrupulous dealers and anyone caught selling counterfeit products will face a heavy fine.

How to spot a fake tyre

Look for the markings when buying a tyre. Aside from the temperature, the engraved information on the tyre will tell you about its size, speed, and load index. Experts recommend that you check the specification of the car manufacturer, and if this is not possible, always opt for higher in load and speed, but never lower. This means the tyre can carry a bigger load at a faster speed, which is safer than one with a lower capacity.

In addition to this, the tread wear is equally as important. This is the pattern in the rubber that’s shaped by grooves on the surface of the tyre. As the tread wears away, its depth reduces and the tyre comes into contact with the road. The best way to ensure the tread wear is genuine is to never purchase a second-hand tyre. Although in some countries the sale of used tyres is banned, this is still a problem in the UK. It’s easy to identify a used tyre as its tread has decreased and its surface is more than likely to be dirty or damaged. A good dealer should tell you which tyre is used and which one is new, however, some tend to wrap the used ones in plastic to hide their appearance, so beware!

Genuine tyres usually have a depth of at least 8mm, which meets the minimum legal requirement. When a tyre’s tread reaches 3mm, motorists are advised to change it for their safety. Fake tyres are one of the biggest causes of road accidents in the UK due to their lack of treading and quality. Every year, counterfeit tyres claim the lives of motorists so it’s of utmost importance to buy new brand tyres from genuine dealers.

We can help you make the right decision with regards to choosing genuine tyres for your car. To get the full details of our tyre fitting services, please contact the tyre specialists at Mobile Tyres 2 U today.